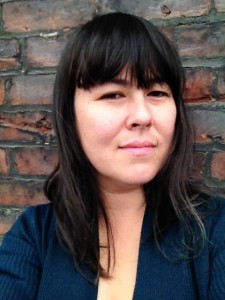 Anne Liu Kellor is a Seattle-based writer and teacher whose essays have appeared in publications such as the anthology Waking Up American: Coming of Age Biculturally, The Los Angeles Review, Raven Chronicles, Literary Mama, Blue Lyra Review, and Duende. Anne facilitates writing workshops for people of all ages in the Pacific Northwest, most recently with mothers and with homeless youth. She holds an MFA from Antioch University-Los Angeles.

Anne has received support from Hedgebrook, Jack Straw Productions, Hypatia-in-the-Woods, and 4Culture. Over the last ten years, she has been at work on her unpublished memoir, SEARCHING FOR THE HEART RADICAL, which follows her quest for language, love, and belonging as she migrates between China and America during her twenties. To learn more about her work, please visit her blog: www.heartradical.blogspot.com.