“The Trip Inside,” by Lauren Quinn 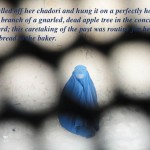 “The View from the Sitting Room,” by Angie Chuang 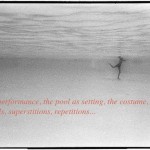 “The Purest Form of Play,” by Miranda Ward 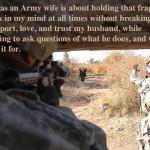 It is September again, and those of us who live life by semester are splurging on some new color corduroy and those of us who migrate are emerging from the summer’s stupor, plotting our coordinates, testing the wind. It follows then that September marks the anniversary of a launched endeavor typical to this shifting season: it is Vela’s second birthday.

In literary years, two years isn’t long. It takes two years or longer for a human child to begin to speak in sentences. It takes longer, usually, for an author to string so many sentences together as to make a book. But many literary endeavors don’t last so long: so we at Vela speak of ours in celebratory tones.

Two years: in that time, Vela has matured from a fledgling collective of six emerging writers into a small magazine running weekly longform and multimedia features of creative nonfiction and literary journalism, inspired by travel (loosely interpreted) and written by women. In those two years our efforts have been bolstered by good fortune. We have been boosted by more established entities (WSJ, Outside Online, Feministing, WorldHum, and Forbes, to name only a few of those to whom our gratitude is due), but we have also been well received by readers—so many of them writers as well—who spread the word and join in the conversation. Best of all we have spent our days in words and in the company of each other, a cohort of women writers collaborating (although I have to mention that several of us who founded Vela have never met in the physical world) to make more of our otherwise solitary pursuits.

I could enthuse all day about the past year (THREE Vela pieces included in this year’s Best Women’s Travel Writing anthology!), but before I step aside and let the work speak for itself, I want to say a few things about what Vela is. As a personal essayist, this naturally means I have to say what Vela is to me.

Back when I was in college I worked on a farm that was home to a small flock of Canada geese. The geese made good neighbors, overall. They kept to their pond and the shelter of the rushes and did not contribute to the manure I was tasked with containing while I daydreamed and schemed about my what-next, which for me seemed inextricable from my where-next.

At that time, my own annual migration made sense—I went north in the summers, south for the school year—but I was not yet navigating by my own inner compass, a dial then quivering dizzily for the 360 degrees of directionless possibility.

The geese, however, did not make sense. Not to me who had yet to run up against the limitations of my sex. Not yet. A goose was supposed to be wild, a wandering creature, but this “residential” flock seemed downright suburban.

This gaggle swam in the pond and waddled the banks and chatted and occasionally hissed at one another over some offense and so it went except a few weeks each spring and fall when the whole flock would get agitated. At first some and then all of them would clamor airborne, honking and flapping into a sloppy V-formation. They would then flap out a lap or two of the farm’s perimeter and arrive back at their pond at dusk.

This seemed to me unnatural, even unthinkable. Like many twenty-somethings, I had a very linear sense of departure and arrival, of leaving shit-shoveling behind and “getting somewhere,” and this annual aborted migration seemed to me like abject failure.

It follows that I did fly away from college—from Himalayas to Andes, from Ring of Fire to Malpais to high desert of salt, from jungle to peak to subterranean formations, I chased that slippery dream, that brilliance I had yet to be. I still, by habit and necessity, live this way, although the wings of my expectations have been severely clipped.

The geese had found an ideal habitat where all their needs were met and a community that suited them, and they knew better than to leave it for some genetically pre-programmed destination that might not still be there at the end of the long flight, should they answer their inner stirrings and endeavor it. That’s what Vela set out to be: an ideal habitat for women writers, a home for their work and thought and conversation, but contrary to that complacent, over-domesticated goose pond, this was a home that would help its residents launch themselves aloft.

Three Septembers ago, Vela was a flighty notion, another mirage I could chase around. Last September, it had achieved first, tentative flight. This year, we’re in V-formation, on our way, and growing in number. To where doesn’t really matter: all I see is a long line of days, a lovely line of sentences all the way to vanishing point of my field of vision. I see a line I can travel down, a line made all the more compelling for the company of so many striving in the same direction, riding one another’s upwash, not a gaggle on the ground as we were schooled to be for lack of any other model, but a skein in flight. 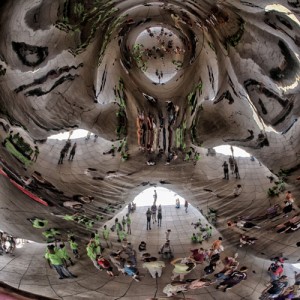 Thus the “I” in a woman’s writing has the alchemical effect of converting it into traditional women’s work–personal essay, memoir–whereas the “I” in a man’s work is a rhetorical device, a detached or quirky or “gutsy” narrative decision. It’s a wily craft choice for men, a solipsistic indulgence for women.

“It’s Not Personal,” by Sarah Menkedick

In the only other memory I have of Emily, she’s drinking red wine from a Solo cup in my apartment, just six months before her murder. It’s Halloween, and she’s Kevin’s new girlfriend—a purple fairy with nylon wings. I ask her to take my photograph. I nudge her, hold up my camera, and say, “Please?” I say, “Would you mind?”

I pose beside a referee, a soccer player, and a banana.

“Lessons of Grief,” by Amy Butcher 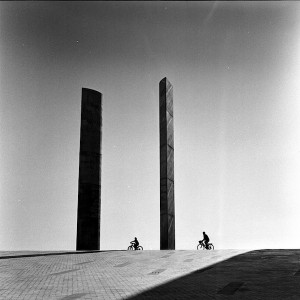 It had taken me five years to realize I didn’t want to be someone’s wife, or someone’s mother. Not now, maybe, terrifyingly, not ever. And if I didn’t want these traditional roles, how could Carly, who seemed born to defy convention, desire them?

“Travels with Carly,” by Rachel Friedman 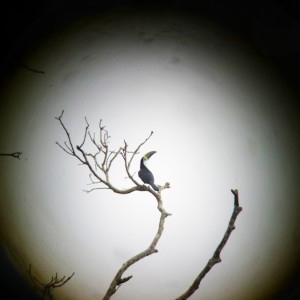 At first, I love the quiet and stillness of the lodge. I love my little room, the bed even with its ancient yellowed mattress, the mosquito net that tucked around it—even with its littering of moth wings and grasshopper legs across the top. I love the balance of daylight to darkness—a near equatorial perfectness of twelve and twelve, that when I’m awake I’m on and ready and rushing through the jungle, and when I stop I’m ready to eat or ready for sleep. At first the quiet of the jungle is a deep, soothing balm after the noise and pollution for Puerto Maldonado….But after a few days the stillness becomes unnerving.

“Yo Soy Perú,” by Amanda Giracca

Ciudad Juárez was ranked as the most violent city in the world outside of a war zone for three consecutive years, from 2009 to 2011, and during that time images poured out of the desert, flooding the international imaginary with visions of beheadings, carjackings, child assassins, abandoned houses, extortion, informal settlements made of scavenged materials, the bodies of raped and murdered women dumped in public spaces…

“Disappearances Have to Disappear,” by Alice Driver

Raksha Kumar’s “Trying to tame the wild west of surrogacy in India” in Al Jazeera America I often wonder, “When are women’s bodies ever…