“What else can I do,” a 17-year-old Guatemalan migrant named Juan asked photographer Nikhol Esterás, “work on the streets?” The boy’s grandmother had recently died, and without any remaining family or the prospect of work, he headed north on the train dubbed “la bestia”–the beast–from the southern Mexican state of Chiapas to the U.S.-Mexico border, in search of work. He was one of nearly 100,000 Central American migrants to make the journey; according to The New York Times, in 2012 the number of migrants from countries other than Mexico (predominantly Honduras, El Salvador and Guatemala) apprehended at the U.S. border rose from 46,997 to 94,532.

They are fleeing intense poverty, crime, racism, and the criminal gangs that have run rampant in Central America since deportations of street gang members in L.A. increased in the 1980s and 1990s. Riding La Bestia across Mexico, these migrants face rape and violent attacks; extortion by criminal gangs, federal and state police, and Mexican immigration; and death or maiming as they cling to the top of the train through rough and changing terrain. According to Mexico’s National Human Rights Commission, more than 20,000 are kidnapped, raped, murdered or extorted each year; mass graves containing hundreds of corpses have been found along Mexico’s northern border.

Nikhol Esterás, a documentary photographer currently based in Oaxaca City, Mexico, first went to the Hermanos del Camino shelter for migrants in Ixtepec, Oaxaca, in 2012. The shelter is run by the priest Alejandro Solalinde, an outspoken advocate for Central American migrants. In 2012, after accusing prominent Mexican politicians and Mexican security forces of corruption, Solalinde received mulitple death threats and was forced into a brief exile in the United States and Canada; he has recently returned to Mexico.

During her recent visit, Esterás listened to stories of near-lynchings among migrants paranoid that other travelers might be plotting against them; robberies; deportations, children left behind in the United States, and fathers scrambling to return to them; and dreams of surfing the California coast. She was struck most of all by migrants’ “determination in the face of unimaginable danger and risk. I think about it a lot actually, how human beings just like you and I, risk their lives, their health, everything really, in hopes of reaching something better.”

Esterás, searching for a different angle on familiar stories of migration, “found [herself] intrigued by the simplicity of personal possessions in such a complicated situation.” She told me, “out of the few items [migrants] carry, I was curious to find out what they considered to be their most important item and why.” Their answers ranged from the pragmatic–essential documents–to the personal–skateboard–but perhaps the most surprising was also the simplest: “I am my own prized posession.” As one migrant put it, “in reality, I am the only thing I have.” 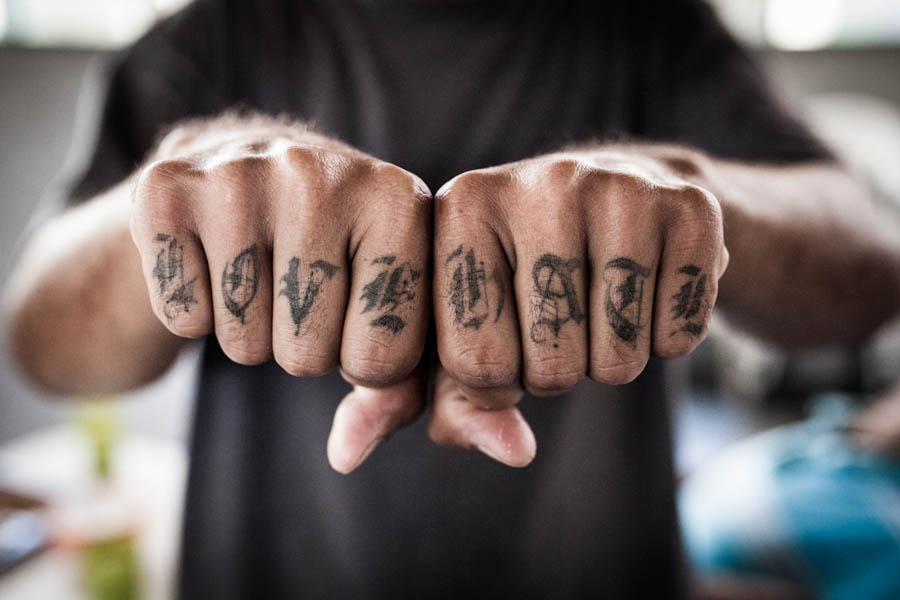 Love. Hate. “The way I feel about this journey.” – Leo, Central American Migrant 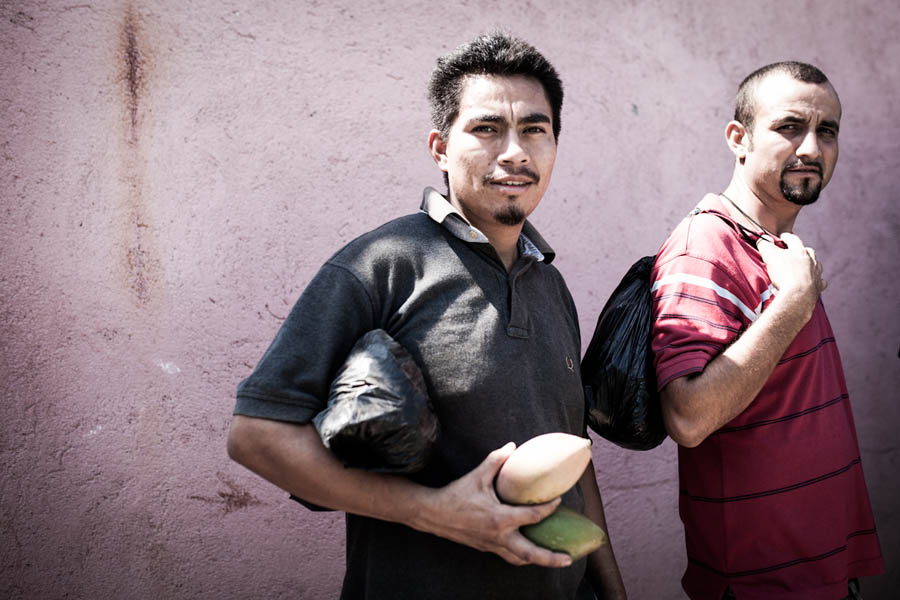 “Food is the most important thing I have with me. I picked these mangos. It’s nice when it comes free.” 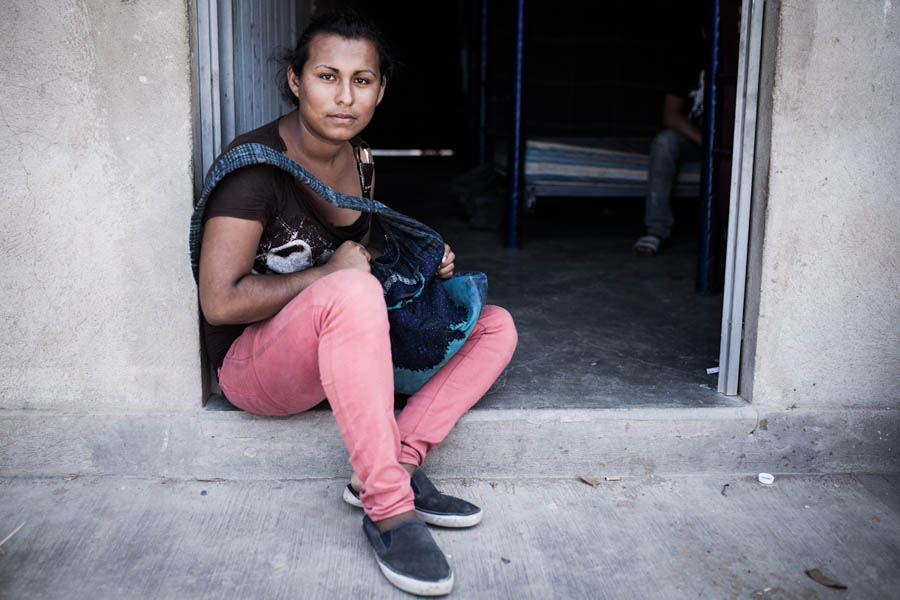 “Everything fits in it,” Jose tells me. 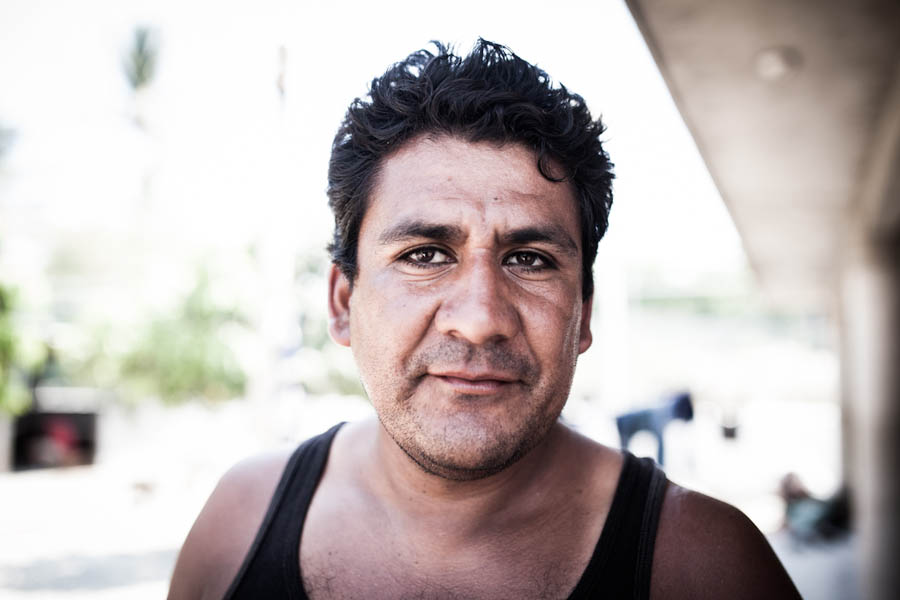 “I am the most important thing [on the journey north]; in reality I am the only thing I have.” this migrant told me. 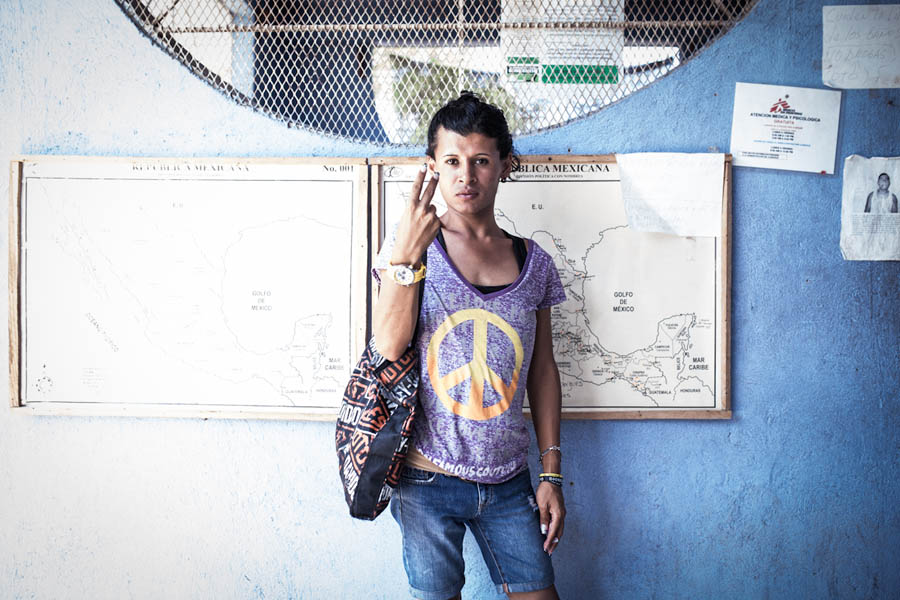 Niki explains that the most important objects she carries north are herself, her health, and an attitude of peace towards those she encounters on the journey. 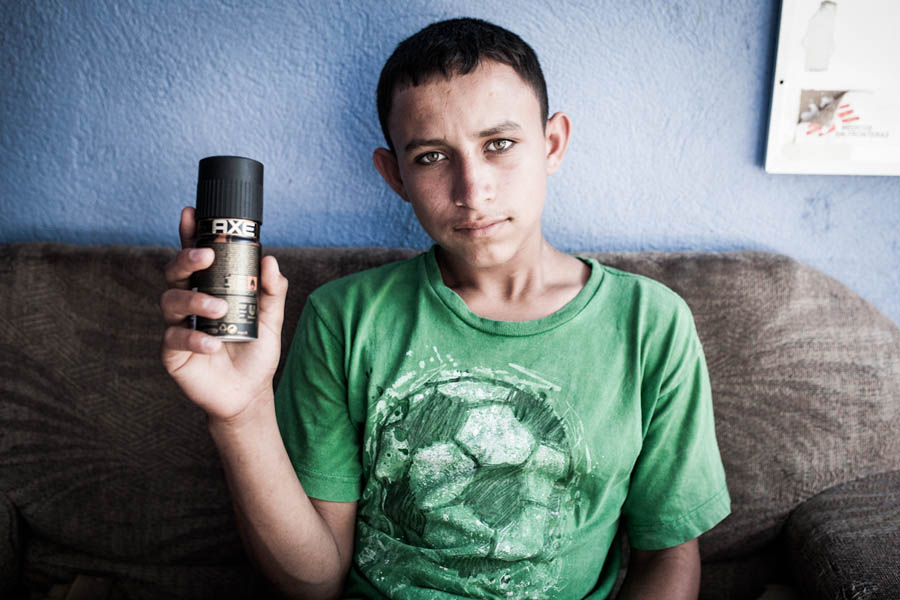 “With few opportunities to shower or bathe, deodorant goes a long way.” 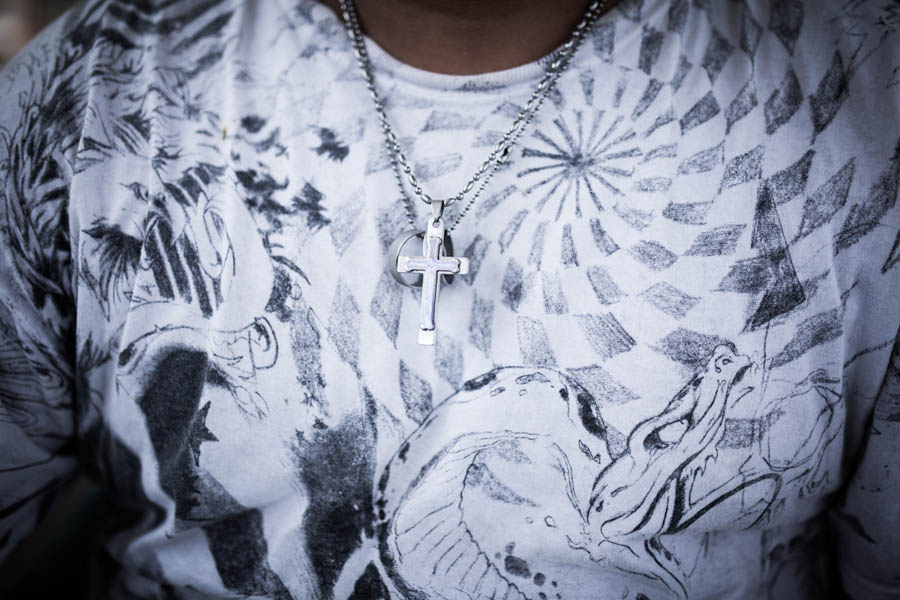 This migrant tells me that his cross will protect him on the journey north. 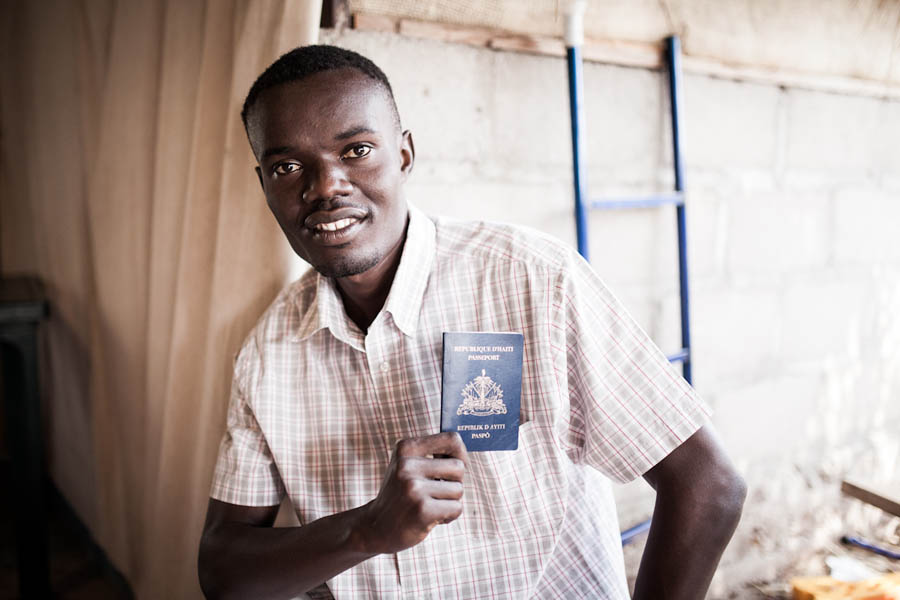 Wilson is from Haiti: after traveling through Guatemala, he crossed into Mexico. He found himself at the migrant shelter where he now volunteers in exchange for room and board. Wilson plans to finish his studies in Cancun in the near future. 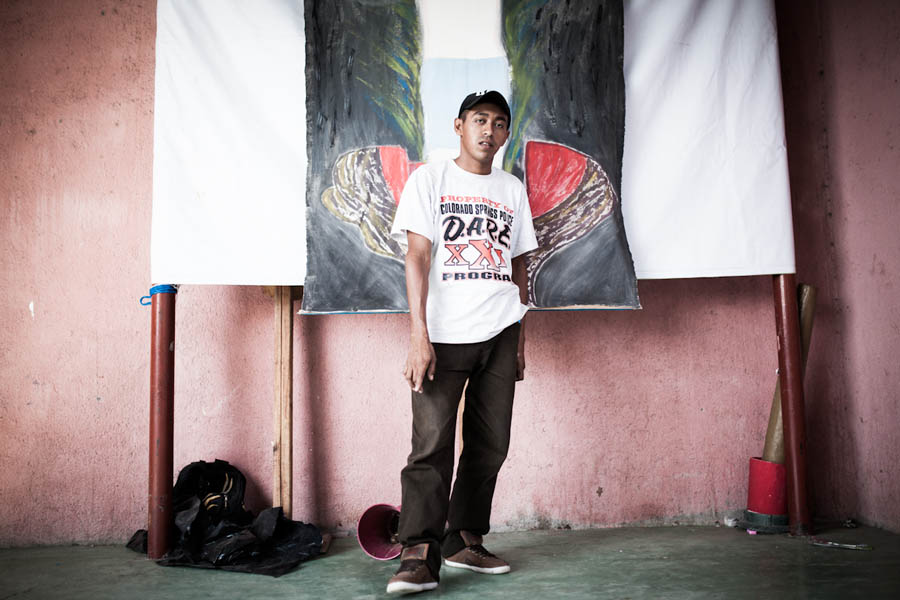 This young migrant explained the importance of in-tact shoes, which are frequently stolen en route. “Without shoes the journey is a lot more difficult: we have to walk a lot, and sometimes run in dangerous situations.” 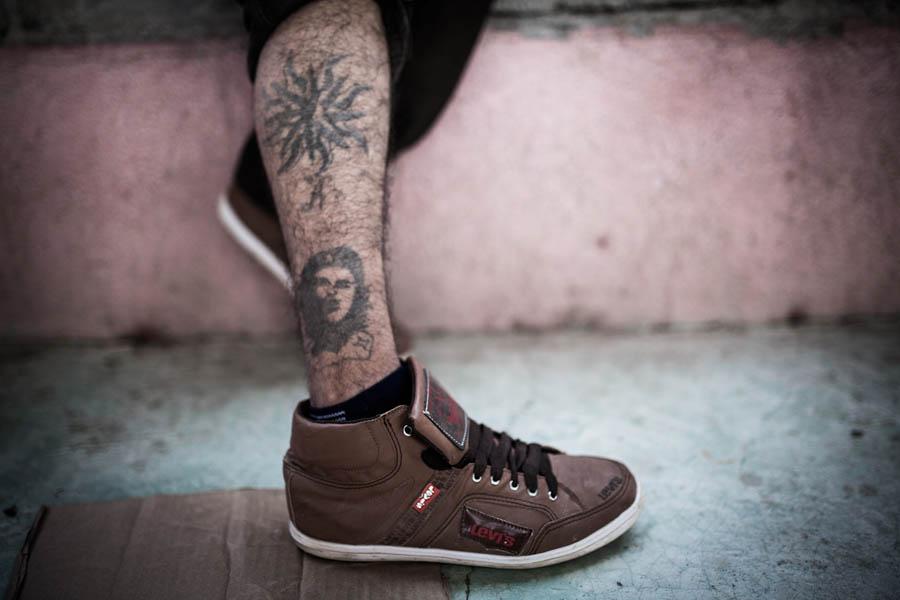 The same young migrant from Guatemala shows his tattoo of Che Guevara. 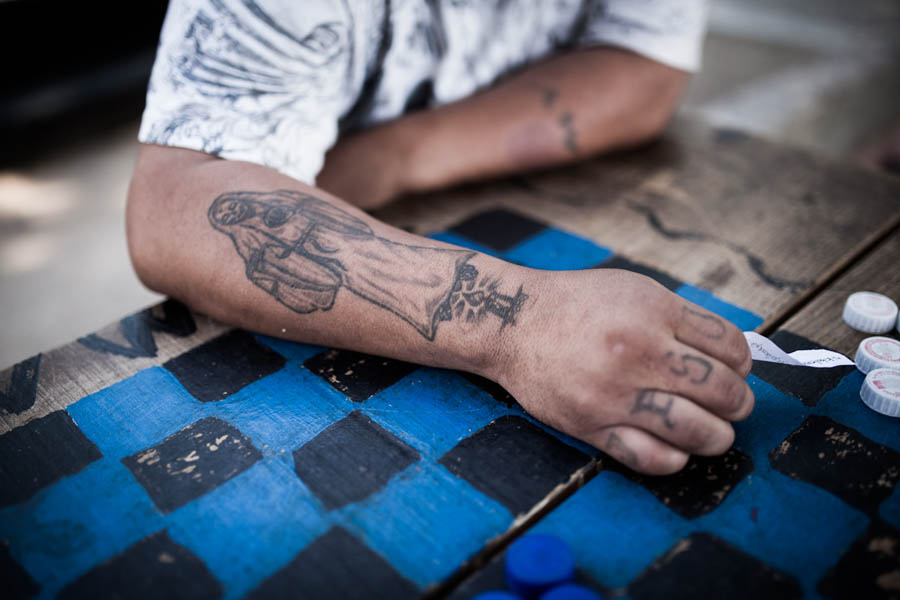 A migrant shows his tattoo that reads “Jesus”: his son’s name, and the most important person in his life. 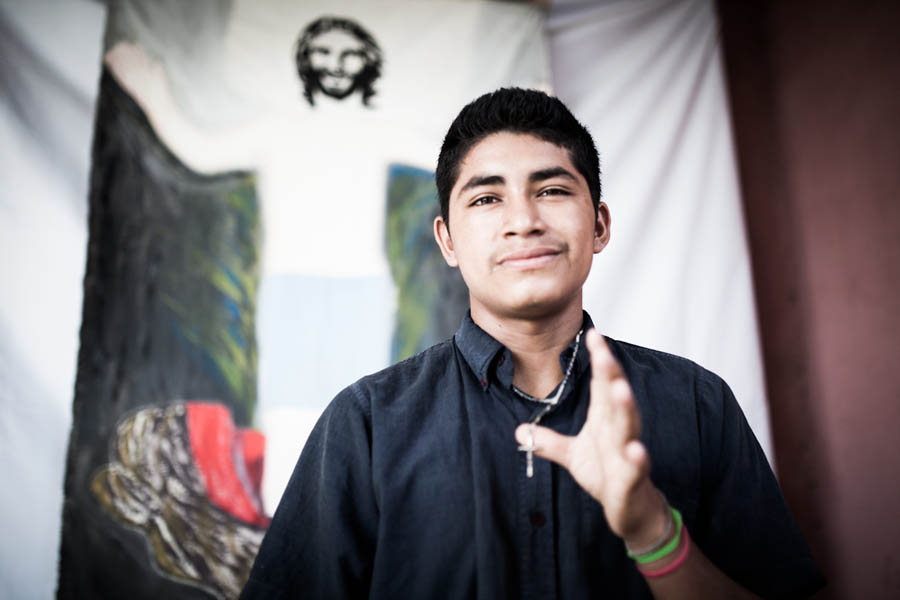 “It protects me from harm,” this man tells me in a refrain I hear often. I try to believe him. 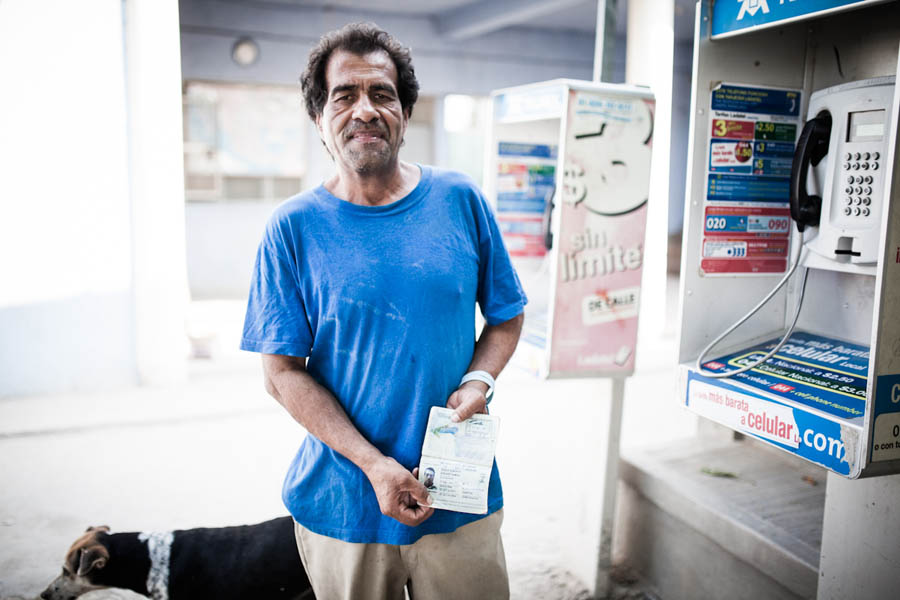 After being deported, Alberto is on his way back to the U.S. 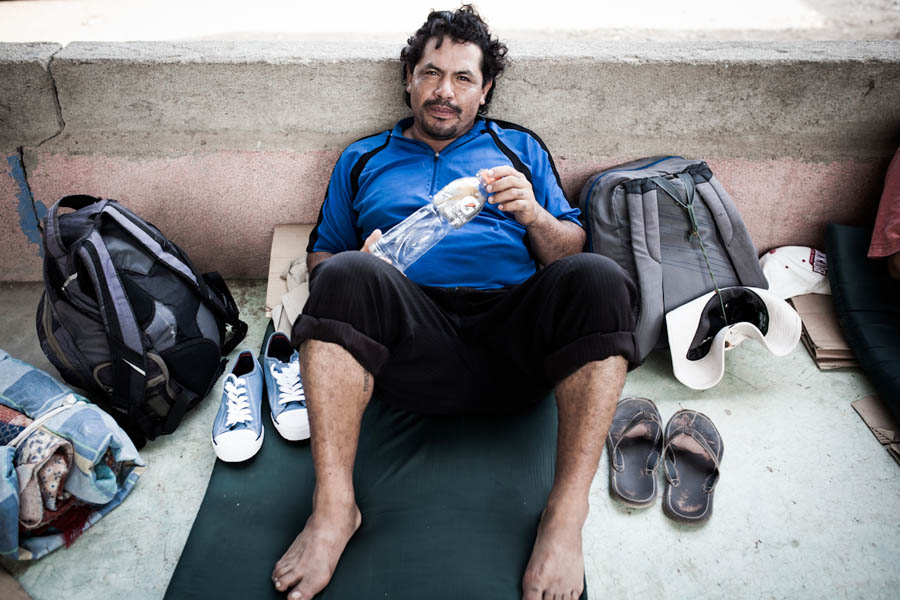 “The source of life.” 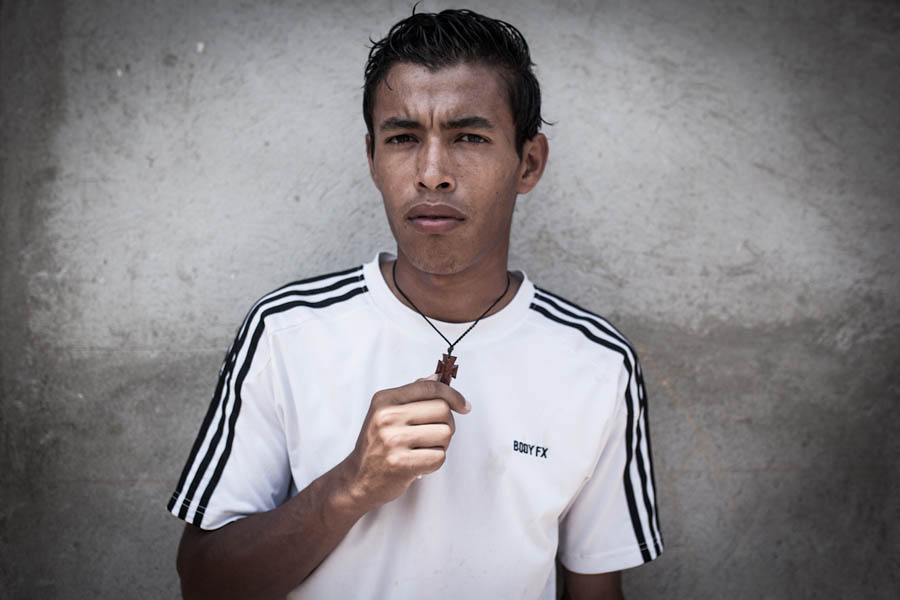 A young migrant shows his wooden cross, which he says will protect him. 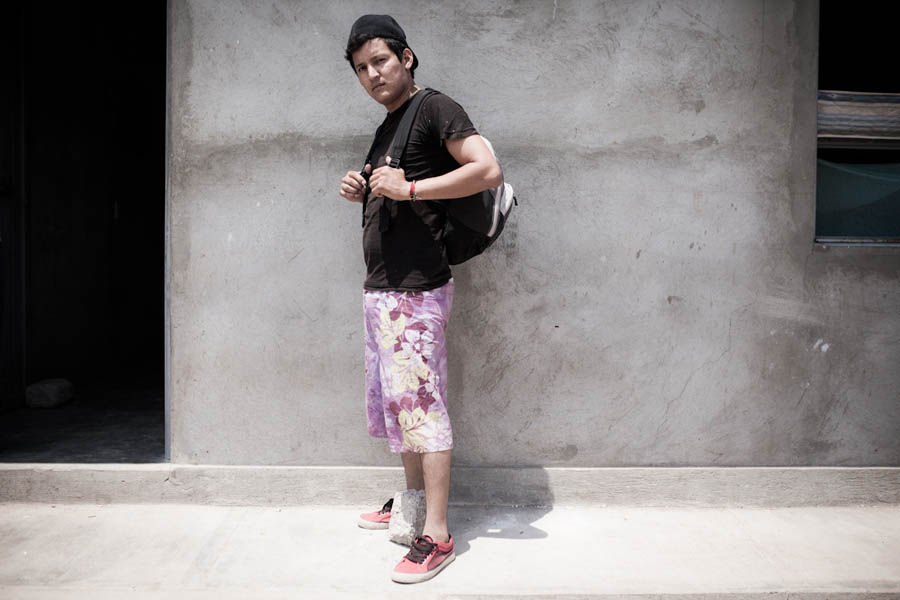 Fernando is from El Salvador. His backpack is his object of importance on the journey north. He hopes to reach the California coast, where he dreams of surfing. 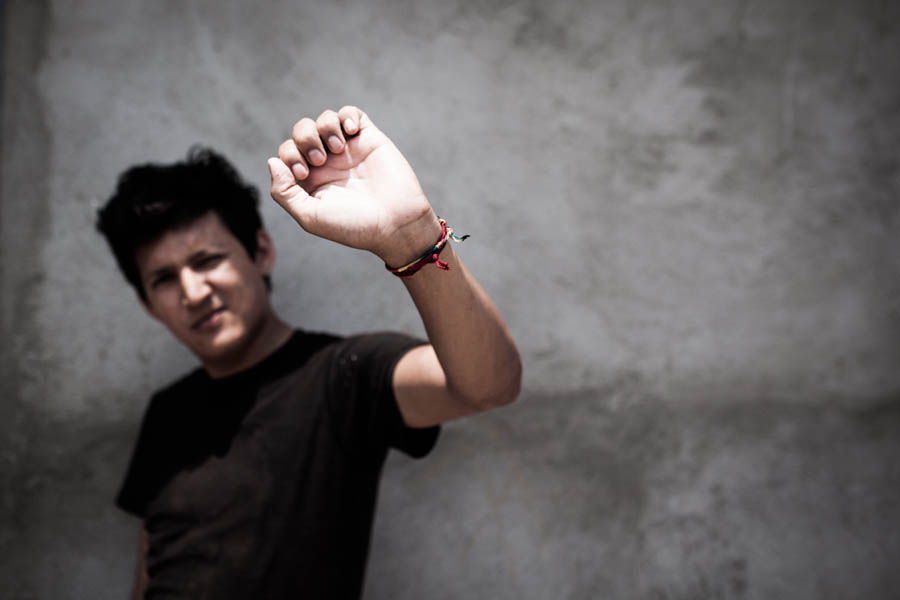 Fernando flashes his bracelet. “It’s good luck, I’ve had it for a while,” he explains. 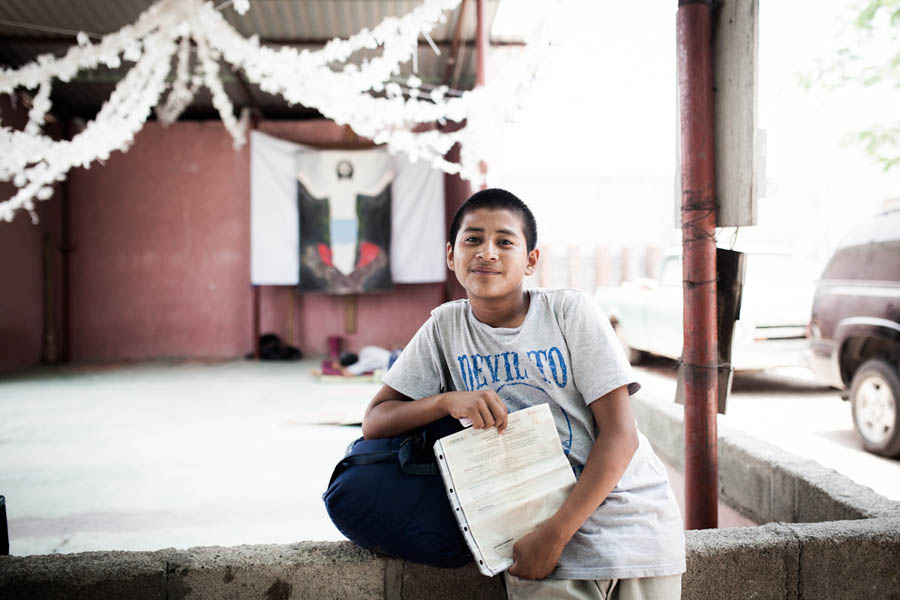 Juan, a seventeen-year-old boy from Guatemala who is traveling alone, shows his birth certificate. 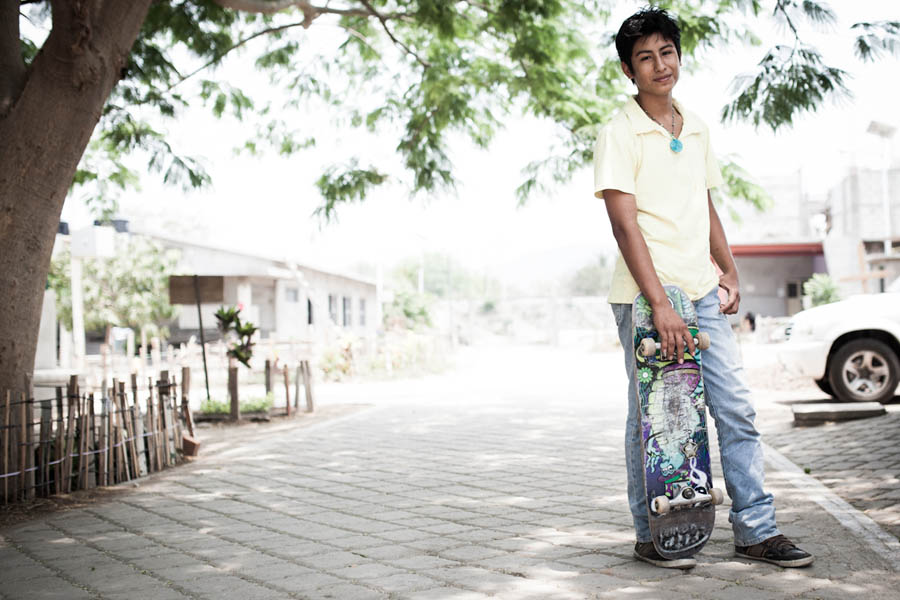 Nikhol is a photographer based out of Oaxaca, Mexico, where she documents many aspects of life in Mexico, often in collaboration with grassroots nonprofit organizations working in impoverished regions of the country. Nikhol’s photography focuses on issues related to social justice, frequently in relation to immigration in Southern Mexico and Central America. She is also currently working as the director of photography on a feature length documentary (more info coming soon). In her free time, you’ll probably find her wandering the cobblestone streets of Oaxaca with her camera in hand while searching for a fascinating story to document or dramatic photograph to capture. Read her full bio here.

Yesterday, Outside editorial director Alex Heard tweeted a shot of the magazine’s new cover, and asked, “What do you think? Beautiful? Or too much?”…